For its 2014 debut, Art at Sibos appeared in the popular format of an art gallery.

The pop-up Sibos Gallery showcased nine pieces of installation art, each one representing a different industry topic under the overarching theme: The Banker’s Briefcase – a take on the issues, ideas and items that bankers haul around, both physically and mentally.

Sibos partnered with Artists for Humanity (AFH), who developed and designed the concepts.

Founded in 1991, AFH’s mission is to bridge economic, racial and social divisions by providing under-resourced youth with the keys to self-sufficiency through paid employment in the arts.

Each work of art started as the exact same briefcase. The AFH painting, graphic design, and sculpture/3-D design studio teams then interpreted the nine topics and turned the briefcases into stunning artworks. Each piece sat on an open-sided plinth that allowed delegates to interact with the art, walk around it, and even touch it. 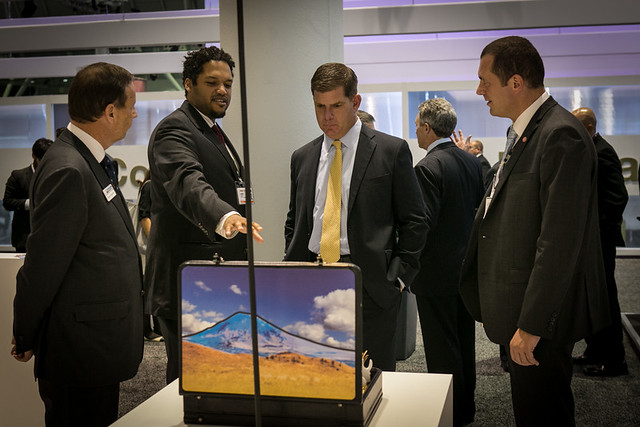